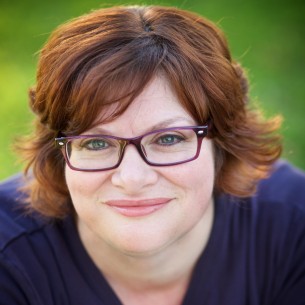 Nancy Hayden is Vice President of the DCP Board of Directors and leads our Advisory group. She has contributed to The Improv Project since its inception in 2012, first as a teaching artist and later as part of our curriculum development and review.

Nancy has taught children's improvisation classes for over 15 years. In addition to her work in The Improv Project, she designed and oversaw the curriculum for all youth training programs at Second City Detroit. She also served as Director of Arts for Oakland County, planning cultural events for the County and overseeing their mini-grant program for the Michigan Council for Arts and Cultural Affairs.

Nancy's career in theatre and improvisation/sketch comedy spans over 20 years. Since her early career as a Main Stage cast member for The Second City Detroit, she has become a writer, director, producer and instructor of improvisation and sketch comedy for The Second City theaters in Detroit, Chicago and Los Angeles as well as Detroit area theaters, Planet Ant and GoComedy! Improv.

Nancy studied theatre at Western Michigan University and received a Bachelor of Fine Arts with a focus in Musical Theatre from the American Academy of Dramatic Arts in Los Angeles. Originally from Detroit, Nancy now lives in Oklahoma City where she heads the Oklahoma Film & Television Academy.