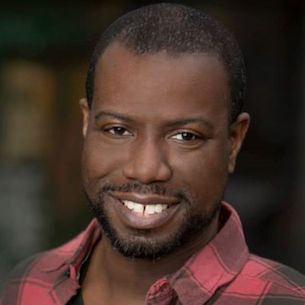 Jon Carr is a Director on the DCP Board. He is a seasoned improviser, performer, and playwright.

Jon served as Executive Producer for The Second City in 2020-21, leading them during a transition to new ownership and a more inclusive approach to their work. He has been part of Atlanta’s creative community for more than 15 years, working with the acclaimed Alliance Theatre and as the Artistic Director of Dad's Garage Theater. He also founded United Atlanta Improv to promote collaboration among the improv theaters in the city.

In addition to his leadership in the Chicago and Atlanta improv communities, Jon's Atlanta improv troupe "Dark Side of the Room" has performed across North America and worked with the National Center for Civil and Human Rights. His play Black Nerd won the 2018 Suzi Bass award for Best Original Play.

Jon holds a degree in marketing and business administration from Georgia State University. He recently returned to Atlanta.